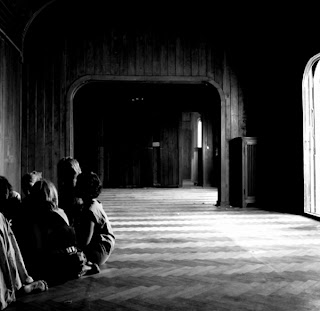 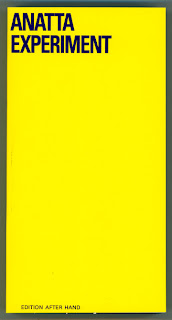 Introduction from the book's PROLOGUE – odd, indexical ideas on the Multi-breasted Monstrosity:

The Anatta Experiment revolves around Monte Verità in Ascona, Switzerland. In the early 1900s, this hill served as a lodestone for spiritual rebellion, attracting anarchists, free-love advocates, Dadaists, theosophists, psychoanalysts, and occultists, all rejecting an increasingly materialistic society. Monte Verità, the Progressive Underground and its Revolt Against Civilization, expressed in a dance of nonviolent action. The diversity of discourses and influences at Monte Verità has resulted in many, often conflicting voices within its historical documents. The only common denominator seemed to be the fact that Monte Verità attracted people whose ideas – anarchic and strange – found little nurturing in established society. This search for something different, something other, became the point of departure for the Anatta Experiment’s “far out” cosmic longing.

In the late summer of 2011, seven friends were invited to Casa Anatta, Monte Verità’s principal building, in its final moments before undergoing major restoration. Casa Anatta became the scene of a weeklong “vertical drop” into tantric laws and processes normally obscured by the noise of productivity, ultimately finding its crux within Harald Szeemann’s archive and his puzzling Strukturmutter. In 1978, Szeemann used the image of the multi-breasted Goddess Artemis of Ephesus to structure the catalog for his exhibition Monte Verità – Le Mammelle della Verita: One breast for Lebensreform, one breast for Dance and Art, one for Sexual Revolution, and so on. The “nippled woman” became the gateway to the mountain, anatta and to the livedaspect of the experiment
Anatta in Buddhism refers to the notion of “not self, not I, not mine”. In early Buddhist texts, the Buddha commonly uses the word when teaching that all things perceived by the senses are not really “I” or “mine” and should therefore not be clung to. Casa Anatta became Strukturmutter’s body. Not Szeemann’s Strukturmutter, but a structure with Urmutter issues, enabling the 7 anattaists to revolutionize theirindividual mythologies (to use Szeemann’s term) and become electric impulses flickering along Mutter’s neural pathways. 7 currents with the mobility of the Nervous System and the plasticity of the cerebral cortex – fluid and flame-like, elastic and magnetic.
In its doings, the experiment passed through rays of fire – something in search of something beyond the grasp of judgement and criticism. Anatta, Not-I and Neo-Ego, a weird mixture of fact and fiction and something about the death, too. Spirituality and occultism often call for some sort of passage through one’s own death, regarded as a profound inner experience. Death as a vertical concept, the hippie ego-death (the Mountain being a pre/ proto-hippie movement, barefooted, naked and openminded!). In search of less ego, more cosmos!


The Asconian notion of the art of the insane – the cult of mad art and extreme expression that allied itself with protest art such as Dada and later Surrealism – is very much present in the experiment’s source material, but as it progressed, the theoretical references took a back seat to the experiment itself. Obscured and detached from its sources, the Anatta Experiment became something more autonomous. A schizophrenic, mumbling echo of theosophical concepts, dadaistic speculations and lived experiences. In search of a space of non-violent madness, the experiment dealt with avant-garde spasms, transformation, anarchy of self, mothers and Mutters, psychotherapeutic processes and different manifestations of fire within seven blazing spheres that all happened to be friends. 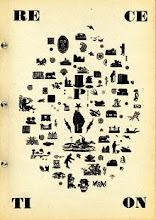